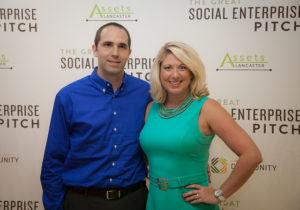 Meredith has, by many journalists standards, had a successful career. After attending Ithaca College, Meredith would land a job with WGAL News 8 in 2003 and has been there ever since. The creation of Life & Legacies, one of her proudest accomplishments, would emerge from one of the most tragic events in her life. The news that her Grandfather and Grandmother were both diagnosed with two different kinds of lung cancer rocked the family.

Meredith, along with her father, raced to Florida with a camera and she asked every question she could think of. “I was afraid that they were going to die and I wasn’t going to know everything I wanted to know.” For two hours, Meredith would learn about her grandparents lives and would have their stories forever. Four months later, her grandmother passed away. 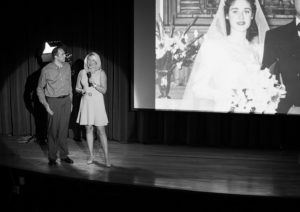 Relieved that she could save their story, Meredith began forming an idea with her good friend Joe Mitton, a cameraman at WGAL. Meredith and Joe wanted to create a business centered around recording the stories of others, helping  their customers create a legacy for friends and family. For seven years, their dream would be just that, a dream. It may have continued to be a dream if Meredith had not learned about the Great Social Enterprise Pitch from WGAL.

Realizing that she and Joe had a great idea for the Pitch, they attended one of the Learning Circles in preparation. Meredith says it was perfect for them. While they had the skills and ability to create their product, Meredith and Joe learned the details of how to run a business through the Learning Circles and the Pitch. “ASSETS was so great about the real nitty-gritty of being a business owner. What is your financial model, how can you make this a viable business? We were able to figure out all of this stuff out at the meetings for the Pitch.”

With a real business plan in place, they were blown away by the support shown by the community when the Pitch began the crowdfunding phase. While Meredith and Joe set the bar at 1,000 dollars, community members in Lancaster donated over 5,000 dollars. 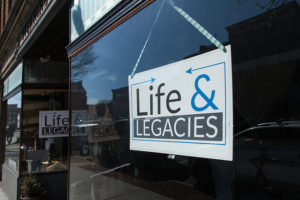 With this money and their own capital, Meredith and Joe opened the doors to Life & Legacies in November 2015. “In seven years, we had done nothing with a great idea. In six months, we took that idea and went from 0 to 60 and finished the Pitch with a fully-formed business.” While running a business is challenging, Life & Legacies is growing faster than they had ever expected. Meredith knew that the business would take a great deal of work to maintain, but she didn’t realize how much it really took until the business was actually started. However, Meredith has loved the challenge and her passion for hearing more stories is what keeps her going. “I just want to interview more people, there’s more stories to tell! The greatest part of my business, is I get to hear all the stories.

Meredith takes great pride in creating the business. “I am a cancer survivor, a wife, a television journalist. And still, opening this business is one of my greatest accomplishments.” For anyone who has a dream or idea, she says “it is very scary, you have to push past the fear, have faith, and be as prepared as possible.” In the end, however, you’re going to have to make a leap of faith.